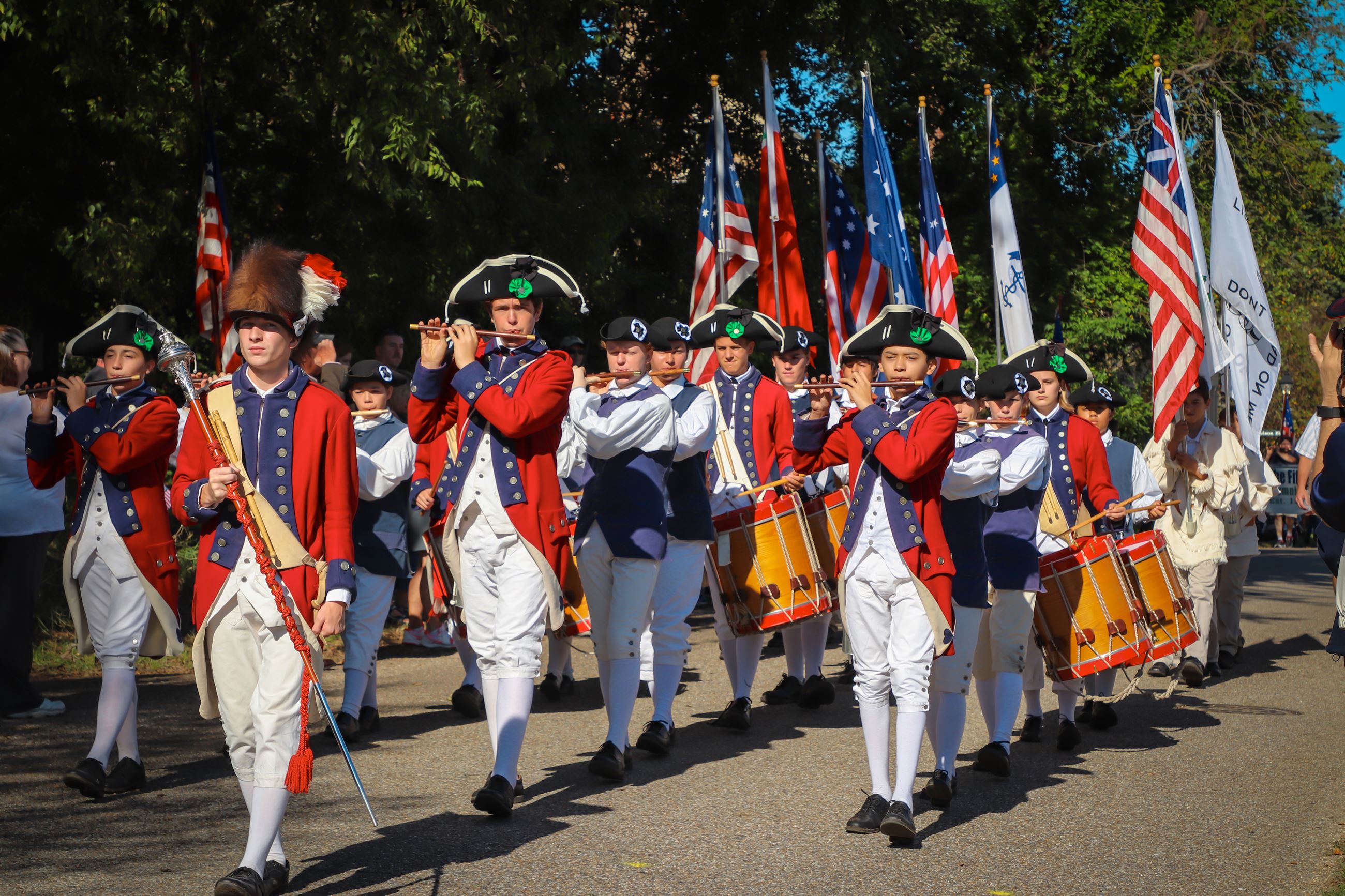 Yorktown Day marks the anniversary of the American-French victory in 1781 over the British. In 1781, following a nine-day bombardment, British forces in Yorktown under General Charles Cornwallis requested a cease-fire and then surrendered more than 8,000 soldiers and sailors to the combined American and French armies commanded by General George Washington. This was the last major military action of the American Revolution, effectively securing independence for the American colonies following a six-and-a-half-year military struggle.

The modern-day observance of Yorktown Day traces its roots to 1922, when the Daughters of the American Revolution began an annual wreath-laying ceremony, which set the tradition upon which the current Yorktown Day is based. On October 19, Yorktown Day commemorative events are co-sponsored by the Yorktown Day Association, comprised of 13 civic, patriotic and government organizations, and the National Park Service, Colonial National Historical Park.

The Yorktown Day events are a prelude to weekend programs on Saturday and Sunday, October 19 and 20, with artillery demonstrations, military music and hands-on interpretive programs at the American Revolution Museum at Yorktown, open house tours at Yorktown Battlefield, and special events in Historic Yorktown.

8:30 a.m. – Commemorative Ceremony at the French Cemetery, Yorktown Battlefield, sponsored by The American Friends of Lafayette and The Friends of Rochambeau. (Depart for Cemetery from Surrender Field)

9:10 a.m. – Commemorative Ceremony at the French Memorial honoring the French and American Alliance, sponsored by the French Wars Veterans Association in Washington, DC

11:15 a.m. – Patriotic Exercises and Memorial Wreath Laying Ceremony at the Monument to Alliance and Victory, Yorktown, sponsored by the Yorktown Day Association.

1:45, 3:00 & – 4:00 p.m. Living History Associates will be providing programs focusing on the military aspects on the Siege of Yorktown. Join the guide in 18th Century military uniform in the Yorktown Battlefield Visitor Center.

Due to the closure of numerous streets for Yorktown Day activities, the Trolley will run from the Battlefield Visitor Center to American Revolution Museum at Yorktown from 10 a.m. to 1 p.m. on a modified route. It will resume its regular stops once the parade has ended and traffic has cleared out of town, with service running until 5 p.m.

October 19 is an important day in America’s history. And this year, October 19 is a Saturday.  The entire town will be filled with special programs and activities to celebrate the Victory at Yorktown.  Salute during the parade down Main Street, cheer for the cannons and performances on the Battlefield, and interact with Revolutionary War reenactors at the American Revolutionary Museum at Yorktown.  The market extends its hours to give visitors more time to shop their favorite vendors, artists, and food trucks. Enjoy live entertainment from local favorite Phil Poteat as well as a special performance by the Fifes and Drums of York Town at 10 a.m.

The American Revolution Museum at Yorktown will present a variety of hands-on experiences, artillery firings and military music. Stories of citizens and soldiers of the American Revolution unfold at the expansive history museum through an introductory film, exhibition galleries and outdoor re-creations of a Continental Army encampment and Revolution-era farm. Visitors can interact with Revolutionary War re-enactors, take part in interpretive demonstrations, and experience the “Siege of Yorktown” immersive theater.

The event is included with museum admission. Residents of York County, James City County and the City of Williamsburg, including College of William and Mary students, receive free admission with proof of residency.

Open houses of historic Yorktown homes in commemoration of the defeat of Lord Cornwallis to the combined forces of Generals Washington and Rochambeau.

Tour the Nelson House, home of Thomas Nelson, Jr., a signer of the Declaration of Independence.

Programs begin at the Yorktown Battlefield Visitor Center, located at 1000 Colonial Parkway, 12 miles from Williamsburg. Open 9am-5pm. $10 per person, 15 and under free. For more information, including times for programs and demonstrations, call (757) 898-2410 or visit www.nps.gov/colo. FREE Campfire Socials at Chickahominy Riverfront Park are back in 2020

Campfire Socials are for all ages - and are FREE! Enjoy s’mores, activities, storytelling and END_OF_DOCUMENT_TOKEN_TO_BE_REPLACED

Movies Under the Stars For All ages - FREE! Chickahominy Riverfront Park, Williamsburg END_OF_DOCUMENT_TOKEN_TO_BE_REPLACED

Tails on the Trail goes Virtual this year on June 6!

Governor Northam announced plans for most of Virginia to move into Phase Two on Friday, June 5. END_OF_DOCUMENT_TOKEN_TO_BE_REPLACED

College Admission Coaching, Workbook and Workshop Series from T3Concepts Does your family have a END_OF_DOCUMENT_TOKEN_TO_BE_REPLACED

FREE Campfire Socials at Chickahominy Riverfront Park are back in 2020