The rumor is confirmed: Amazon to build delivery center at site of old Kmart

The following information was taken from Hampton.gov Civic Allerts:

Just announced by Hampton Government today, Amazon, the world’s largest internet-based retailer, has closed on the long-vacant Super Kmart property on Mercury Boulevard. The plans are to build a last mile delivery center that will bring jobs to the local economy and speed package delivery to customers.

Amazon will begin construction soon on a new 100,000-square-foot center, which the retail goliath expects to open late next year in 2021 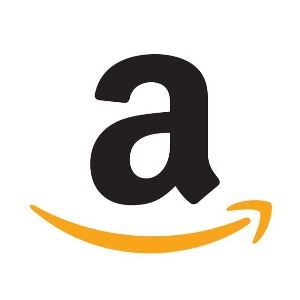 “This is a really great day for the City of Hampton,” said Mayor Donnie Tuck. “To have this long-vacant eyesore being turned into an Amazon center, with new jobs, is beyond fantastic.”

Chuck Rigney, the city’s Economic Development director, said his team has been working with Amazon’s representatives for the past year on the project.

“Amazon strongly believed in the site and worked very closely with our Hampton team on an incredible site plan that is going to transform the landscape, literally, along this stretch of Mercury Boulevard,” Rigney said.

The rumors began when the Planning Commission and City Council were shown a presentation as part of a request to rezone the property. That plan showed an extensive landscaping design that will include trees and shrubbery along the frontage on Mercury Boulevard, with numerous interior islands dotted with trees and shrubs. The rezoning didn’t list who planned to buy the property for use as a warehouse.

“We are excited to continue to invest in the Hampton Roads area with two new delivery stations that will provide efficient delivery for customers and create hundreds of job opportunities,” said Courtney Johnson Norman, Amazon spokesperson. “This new delivery station represents Amazon’s unwavering commitment to safety, technological innovations and skilled teams who are obsessed with delivering for our customers.”

Affiliate links are on this page and this post.

Movies In the Park Series 2021 Movies begin roughly 15 minutes after sunset. Concessions will be END_OF_DOCUMENT_TOKEN_TO_BE_REPLACED

2nd CDR Annual Oyster Roast at the lawn of the Art Museum of Colonial Williamsburg – Oct 31, 2021

JOIN2nd CDR Annual Oyster Roast at the Art Museum of Colonial Williamsburg on October 31, 2021 from END_OF_DOCUMENT_TOKEN_TO_BE_REPLACED

It's a PhysicsFest-ival at William & Mary Physics Department Saturday, Oct 9, 2021 from 10 END_OF_DOCUMENT_TOKEN_TO_BE_REPLACED

2nd CDR Annual Oyster Roast at the lawn of the Art Museum of Colonial Williamsburg – Oct 31, 2021